Thoughts from the Rectory 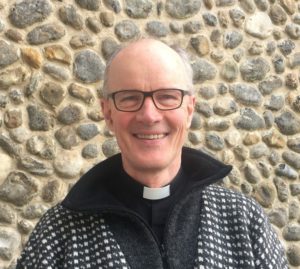 When you hear the word “Mayday”, do you think of flowers, the red flag, or the high seas?  The word has all those different connotations, of course.

The day itself – May 1st, or May Day – is associated with traditional springtime celebrations, including dancing round the maypole.  Evidently this goes back at least 700 years, and probably earlier, when people used to dance round actual trees in the hopes of harvesting a good crop, while scaring away evil spirits!  The Puritans banned this in 1644, only for Charles II to reinstate it 16 years later!

But also, of course, the word “Mayday” is an internationally recognised radio distress signal used by ships and aircraft and the like, because it sounds like the French expression “m’aidez”, or “help me”.  It was the idea not of a Frenchman, but an English radio officer at Croydon Airport, which had regular flights to Le Bourget Airport in Paris.  It was officially introduced for cross-Channel flights in February 1923.

I’m writing this article in the middle of Holy Week, in the lead up to Good Friday and Easter Day, and this week seems to offer a reflection on this theme.  On Friday we’ll be marking the crucifixion and death of Jesus, and on Easter Day the resurrection.  If you like, Jesus Christ came to answer humanity’s “Mayday” call, bringing us light in the darkness, and peace in the storm.

I’ve never been involved in a shipping or air disaster (although I’ve come close once or twice!), but I’ve had my own “Mayday!” moments, both physical and spiritual.  My own experience is that God hears our “Mayday!” calls, and responds.  And as a Church will do our best to emulate that, and respond to every call from the communities we serve.

I sincerely hope that your May will be free from disasters.  But if trouble should loom, send out your own “Mayday!” – on any day of the year – and know that you’re not adrift and helpless, but that help is at hand.

Have a wonderful month!

We are committed to safeguarding the welfare of children, young people and vulnerable adults.
If you need to speak to someone urgently regarding a safeguarding matter, please contact one of our Safeguarding Officers:

​Details of our safeguarding policy can be found here